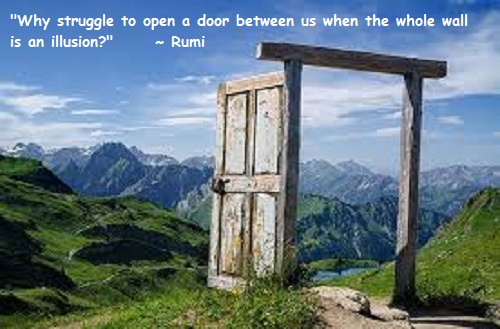 “Everyone who follows the world’s curriculum, and everyone here does follow it until he changes his mind, teaches solely to convince himself that he is what he is not.”   …ACIM

As Richard Bach said, “Learning is finding out what you already know.” But we’ve set ourselves an impossible task. The task of convincing ourselves that we’re something other than what we are. It will never happen. We can continue throughout eternity trying to convince ourselves of it, but we’ll never learn anything other than that which we already know.

We continue to search because we know that we’re more than the world teaches us we are. That’s why Jesus used the word recognize when he said, “You see the flesh or recognize the Spirit.” To recognize something means you already know it, and have recognized it. Until we change our minds and accept ourselves as God created us, we’ll continue to “beat our heads against a brick wall,” as they say.

“Light cannot penetrate through the walls you make to block it, and it is forever unwilling to destroy what you have made.”   …ACIM

It’s a sure thing that unless walls are made of translucent or transparent material ordinary light cannot penetrate them. But the light mentioned in the above quote is not ordinary light. It’s Spiritual Light, which includes, amoung other attributes – the Light of understanding and reason. Even this cannot penetrate the walls we make to block it, and it’s the only Light that can, and will, enlighten our minds.

This Light can be found only in one thought system, never in two. The ego’s thought system doesn’t contain anything that remotely resembles the Light of understanding and reason. It’s thought system is completely and utterly dark. Thoughts that arise from it are about fear, anxiety, hate, worry, sickness, self-debasement, death and every other negative emotion or feeling it’s possible to experience. For those who deny the Spirit and see themselves as no more than physical beings, the ego’s thought system is wide open with no walls to penetrate at all.

By accepting the ego’s thought system we have erected thick walls made of the thoughts mentioned above against God’s Thought System. And no Light whatsoever will ever shine through them. For it is impossible to access both thought systems at the same time. We must choose one over the other. But once we choose to change our minds, the walls of negative thought will come tumbling down.

The above quote implies that if the Light willed to do so, It could destroy what you have made. It could do so because every thought the ego thinks and every wall it builds are no more than illusions, which the Light of understanding and reason would destroy upon contact. For no illusion could withstand the brightness of God’s Light. But it will never happen. As the quote says, it is forever unwilling to destroy what you have made.

God will never force anything upon you against your will. Your walls will never be dismantled by anything or anyone other than you. But that being said, if and when you decide to take them down, the Holy Spirit will be more than willing to help. But His help will always be at your own request.

“Can you imagine what it means to have no cares, no worries, no anxieties, but merely to be perfectly calm and quiet all the time? Yet that is what time is for—to learn just that and nothing more. “   …ACIM

Think about this question for a while, and then ask yourself if you can imagine such a state. For it’s this that lies on the other side of those walls we have erected by choosing the ego’s thought system. I think it would be quite difficult to imagine such a condition, but it’s absolutely possible to experience it. As The Course points out: Yet that is what time is for—to learn just that and nothing more.

Again, as I keep repeating, we can only learn what we already know, and we do already know this condition exists. How could it be otherwise if we remain as God created us; to be just like him? How could we have cares, worries or anxieties if we actually believed that we are Spiritual beings, created by Love, as Love and for Love? The answer is, we couldn’t, therefore it must stand to reason that we don’t really believe it.

“The Children of God are entitled to perfect comfort, which comes from a sense of perfect trust.”   …ACIM

To be in perfect comfort would surely have to include a state where there are no cares, no worries or no anxieties. But right here is where we absolutely must remember the choice to either see the flesh or recognize the Spirit. As long as we see only the flesh we’ll remain immersed in a state of fear with cares, worries and anxieties. Such negative emotions are results of believing that the body, with all its vulnerabilities, is what we are.

How could it be any other way if we see a body of flesh as what we are? For we all know how frail and vulnerable bodies are. This belief can have no other option than to keep us in a state where we are constantly concerned about its health and its demise. Listening to the ego’s teaching as it attempts to convince us that we are something other than we are has placed us smack dab in the middle of an illusionary world of fear, misery, sickness and death.

“The body is the ego’s idol; the belief in sin made flesh and then projected outward. This produces what seems to be a wall of flesh around the mind…”   …ACIM

We sort of repeat decisions in this physical world that we made eons ago in the Spiritual realms. We’re all familiar with the way teenagers and young adults get the idea that parents are sort of dull, and don’t know all that much. Most young people believe that they know it all, and can do things way better than their parents. That’s exactly what happened to us, which placed us in this physical mess we think we’re in. As young, created Souls we figured we could do it better than our Creator. The Course puts it this way: “Into eternity, where all is one, there crept a tiny mad idea at which the Son of God remembered not to laugh.”

This tiny mad idea was the delusional thought that we could do things better than our Father. How preposterous and laughable would such an idea be; how insane to think we could be rulers of our separate kingdoms, and do a better job than the Creator of the universe? We should have laughed it off as an impossible undertaking, but as mentioned, we thought we could do it and do it better. 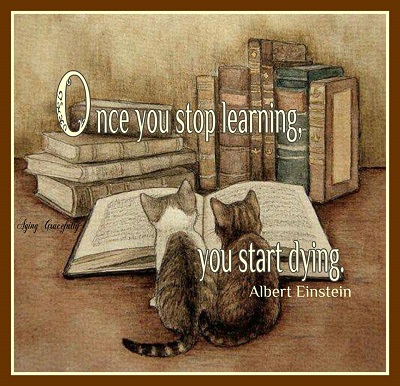 “Listen to the story of the prodigal son and learn what God’s treasure is and yours.”   …ACIM

In willing this impossible condition of separation we denied our own reality. And about denial, The Course says: “It has no power in itself, but you can give it the power of your mind, whose power is without limit of any kind. If you use it to deny reality, reality is gone for you.” If reality is gone for us, then its opposite has taken its place, and the opposite of reality can be no other than illusions, because God, Who is the only Reality, has no opposite.

I’m sure everyone has heard the story of the prodigal son. There are probably variations of it, but they all adhere to a main theme. It’s a short story about a loving, powerful and rich man and one of his sons. The son decided to ask for his inheritance while his father was still alive. His father, being a loving father, complied with his request and gave it to him. The son took his inheritance, separated from his father, and went off on his own. He soon squandered all of it, and then realized just how good his life had been at home.

Because he thought that he had caused his father much sorrow and unhappiness, he became filled with shame and guilt. He was afraid to return home, thinking his father would punish him, and not accept him back. But being in dire straits he had no choice other than to return. When he did, he found that he was completely wrong about his father. The thing his father desired more than anything else was his son. He welcomed him back with open arms and joy.

I’m going to close this post with a quote from The Course: “Heaven is not a place nor a condition. It is merely an awareness of perfect Oneness and the knowledge that there is nothing else; nothing outside this Oneness and nothing else within.”

I really and truly appreciate you visiting this blog – Thank you

As much as you can, keep your thoughts positive  – you’ll find that life is better that way.