“This body is not me. I am not limited by this body.   …Thich Nhat Hanh

How many of us can look into a mirror and tell ourselves; This body is not me? I think everyone of us could do that; there’s not one of us that couldn’t do it. But, and it’s a huge but, how many of us would truly believe it? That’s an open question, for I don’t know the answer. If I had to guess I’d say, not many.

How many of us could tell ourselves; I am not limited by this body? Again, it’s the same answer; everyone of us could. But when it comes to truly believing it, there’s no way we could unless we truly believed the first idea; this body is not me. For if we believe we’re a body, then there’s no alternative except to believe in its limitations.

Can you imagine how much freedom would result from accepting the idea that you are not a body, and therefore not limited by it? The Course tells us: “God Himself extends His Love and happiness each time you say: I am not a body. I am free. I hear the Voice that God has given me, And it is only this my mind obeys.” If God will do that – and if He says He will, He will – then maybe it would be a good idea to memorize these words and say them whenever we think of it.

The above quote contains three seemingly different aspects of existence, two of which most of us may find difficult to accept. The last one, however, should be relatively easy to accept if you’re reading this post. For if you are, then you surely haven’t died yet.

But the other two may not be so easy to accept. How many of us can say, I am life without boundaries, and truly believe it? And the second one; I have never been born, sounds so outlandish that it elicits laughter. If you’re sitting there reading this post you absolutely must have been born, at least once.

“The power of decision is all that is yours. What you can decide between is fixed because there are no alternatives except truth and illusion.”   …ACIM

Sometimes my posts are quite repetitive, because I’m trying to teach myself that which I most need to learn. I’m an absolute believer in positivity and the desire of the mind to believe whatever we keep telling it. The choices we make are always determined by our beliefs. I choose to believe that I’m a Spiritual Being, therefore I have made a decision to recognize the Spirit.

That choice is not difficult to make, because it always comes down to choosing between, as the above quote says, truth and illusion. When Thich Nhat Hanh says, “This body is not me. I am not limited by this body,” I have no trouble whatsoever accepting and believing it.  And it’s the same when he says, “I am life without boundaries. I have never been born, and I have never died.” I have absolutely no trouble accepting and believing it.

“You see the flesh or recognize the Spirit. There is no compromise between the two. If one is real the other must be false, for what is real denies its opposite.”   …ACIM

Those whom see only the flesh will find it not only difficult, but impossible, to accept assertions such as Thich Nhat Hanh has made. For if you see yourself as a flesh body, and nothing more, you cannot but believe that that’s what you are. An entity that was born into this physical world, will remain in it for a few short years, then leave it through death, and slip into oblivion.  What else could it be? For that’s the life cycle of all things that seem to exist as flesh bodies in a physical world.

Would it not be better to choose again? Would it not be better to look beyond the body, and wonder what it is that it owes its existence to? The Course says, “There is no conflict that does not entail the single simple question, What am I?“  The most important decision you’ll ever make is deciding which one of these you accept as real; am I a flesh body, or am I a Spirit? Which one you decide is real for you, will cause you to eventually deny the other. As the above quote points out; for what is real denies its opposite.

The title of this post asks; what is it? The subject I had in mind when I titled it is one of the most negative, fearful and morbid subjects there is. It’s that which we refer to as death; what is it? I think a fair question would be; does anyone know what it is?  My answer may not be popular nor acceptable to some, but it’s this; yes every one of us knows what it is.

I repeat the following quote by Richard Bach quite often, for I believe it to be absolutely true, and find it very useful in many subjects: “Learning is finding out what you already know.” In order to understand this statement we must accept a few truths.  (1) We are Creations of God, and not accidents of nature. (2) When God created us He created us as Part of Him. (3) As Part of Him, we are just like Him. (4) Being like Him we know everything He knows.

In other words, it reverts back to the subject of choosing. That choice I’ve been repeating throughout these posts; the choice to either see the flesh or recognize the Spirit. In truth, When it comes to the question of what you are, it doesn’t matter which one you choose. But it does matter in this physical world. It means the difference between going deeper into misery. or recognizing it, and turning toward happiness and joy. But that being said, as The Course says: Nothing can change the knowledge given you by God into unknowingness. By choosing to accept yourself as a Spirit Being you shorten your learning span immeasurably – that’s the real benefit. 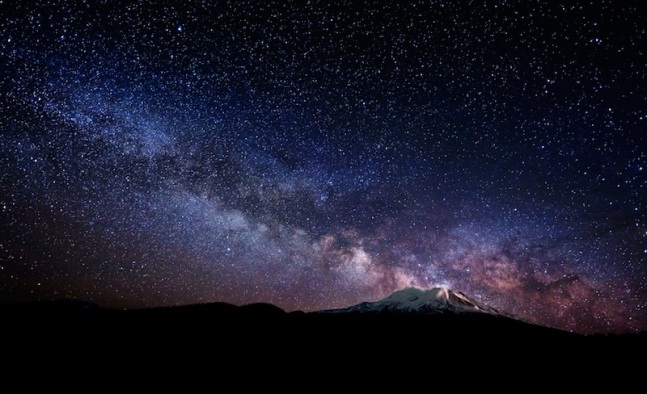 “Is it not madness to think of life as being born, aging, losing vitality, and dying in the end?”   …ACIM

In this physical environment, The Course requires a lot of determination and commitment in order to “stick with it.” It teaches lessons and ideas that are so far-fetched from ego thinking, that it seems to be from another world – which it actually is. It also requires much sincere and deep use of the Power of Reason, before it makes sense.

Being born, aging, losing vitality, and dying in the end, is considered to be the natural cycle of life in this physical world. But the above quote from The Course seems to contradict that reasoning, and implies that it is a crazy idea. And now this question needs an answer; why do we think this way?

You’ve probably already noticed Jesus uses the word “life” in the above quote. It reinforces what Thich Nhat Hanh meant when he said, I am life without boundaries. I have never been born, and I have never died. He qualified his statement of never being born nor ever dying by beginning with, I am life. Jesus did the same in his question: Is it not madness to think of life as being born, aging, losing vitality, and dying in the end?

Most of us think of ourselves as mere bodies in a physical world, whose life begins at conception, or on the day we’re born. By doing so we can think of no alternative except the cycle of birth, growing up, growing old, losing vitality and dying in the end.

I’m going to close this post with a relatively long quote from The Course, which answers the question; what is death?

Life is better when we keep our thoughts positive