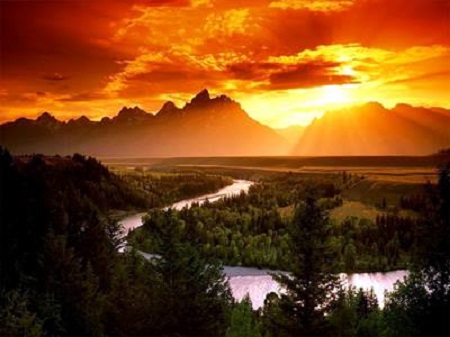 “The purpose of the life you share here with your brothers and your sisters has been to challenge God’s creation.”    …ACOL

Sometimes people are so let down by life that they ask questions that follow along the lines of those such as these: If God created this world what has gone wrong? Why would God create suffering? Does God not have any power over these things? Has He forgotten us? If He loves us why does He not put an end to suffering and all other negative conditions in the world?

Or could it be that God did not create this world of wars, misery, poverty, suffering and death that we see around us? If He did create it, then we can only conclude that He has gone mad, for this world is a reflection of madness. There’s not one thing about it that makes a tiny bit of sense at all. 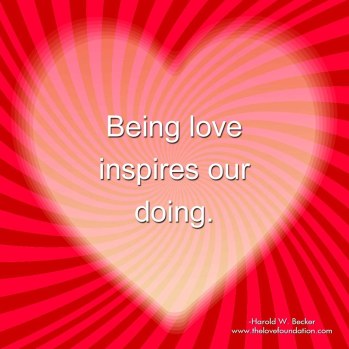 According to my opening quote, Jesus tells us that our very purpose on this earth has been to challenge God’s creation. It shouldn’t take a whole lot of contemplating to decipher the results of that mission.

But that being said, challenging God’s creation wasn’t our original purpose for coming here. Our original purpose was to express our Selves in a new way. It was an attempt to express our true Selves of LOVE in form. We were to add to our Creator’s on-going expansion of creation through expressing the energy of pure LOVE in form. Again the question pops up; what went wrong? For something surely has.

“The world is full of examples of how man has depreciated himself because he is afraid of his own thoughts.”   …ACIM

In this endeavor to express LOVE in form we knew in the beginning that it was going to be a risky venture, for we were aware that we would have to, at all times, maintain a relationship with our Source; our creator.

For eons of time — actually it was eternity, therefore there was no time but because we believe we’re physical beings we need a reference point — we maintained our relationship with our Source and enjoyed a Creation Paradise, where our creating was an extension of our Creator’s LOVE. This Creation Paradise is referenced in the Christian Traditions metaphorically as the “Garden of Eden.”  But it was not a garden; it was a mind-set of LOVE where there were no needs, no fears, nothing negative at all, only LIFE, LOVE and their attributes.

“Into eternity, where all is one, there crept a tiny mad idea at which the Son of God remembered not to laugh.”   …ACIM

There was something about creating our own kingdoms and doing it on our own, separate from our Father, that appealed to our sense of wonder and adventure so strongly that we couldn’t resist the temptation to give it a try, as they say. And so we began our journey of what we believed to be a journey of creation, but was actually a journey away from Love and into fear. This choice was the beginning of the era referenced in the Christian traditions as the fall. But it was not God who expelled us from our Creation Paradise, it was we who did it unto ourselves.

Love can love nothing but Itself because there is nothing else. As long as we continued to create in relationship with our Father, which is Love, we were in Heaven. This is not to say that Heaven is a literal place. Heaven is a state of mind where every thought is one of unity, and there are no thoughts of separation. It is a state of pure Oneness, where Mind and Heart are joined through Relationship with everything that exists.

As mentioned above our original purpose was not to challenge God’s Creation, but to express who we are in form; to express Love in physical form. But when we made the choice to do this apart from our Source of Love our Source was soon forgotten.

Now our expressing took on a different tone, so to speak. As soon as we began expressing apart from Love, we created time and eventually the ego. We began to experience Love’s opposite which is fear. We began to realize the forms we were making were growing more dense and taking on the characteristics of the temporal rather than the eternal.

“…Your personal self is the only place in which you have experience that can now be used for a new purpose.”   …ACOL 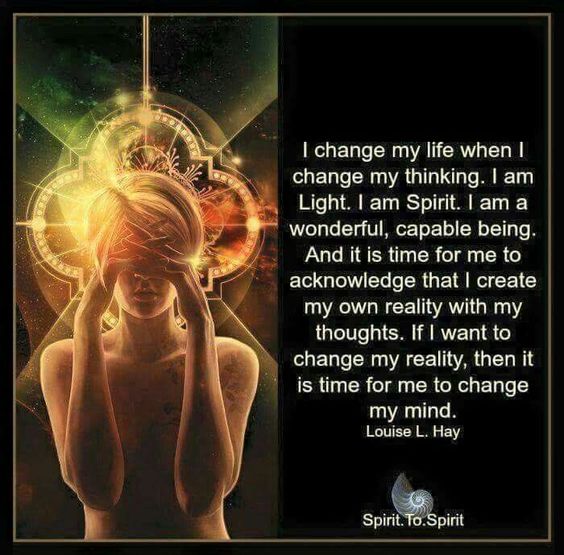 The personal self is the self we have made to replace our true Self, the Self we lost track of when we made the choice to branch out on our own and create apart from Love. This personal self is the part of the mind that we believe resides in the physical brain inside of, and held prisoner by, the body. It is that which we call the ego. It is what we have come to believe is the whole of who we are.

Even though the personal self is no more than an illusion, it can be, as the above quote states, used for a new purpose. This new purpose is the opposite of the one mentioned in my opening quote, which is the only purpose most of us know. Our purpose has been up till now to challenge God’s Creation.

I TRULY AM GRATEFUL – GOD BLESS YOU