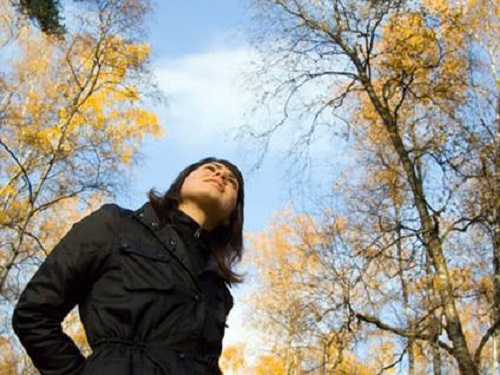 “What would be a greater step in all of creation than a physical self able to choose to express the Self within the laws of love?”   …ACOL

There could be no greater step than this and that’s why it was our original  purpose, intention and mission, which we have lost sight of. We have not only lost sight of it but have drastically used our creative abilities to express the exact opposite. Because most of humanity believes they live separate from their Source of Life, which could never be, they live in an illusion. And it’s this belief in an illusion they’re expressing in this physical realm.

“…The journey into darkness has been long and cruel, and you have gone deep into it.”   …ACIM

The One that created you is the only Light there ever was, is, or ever will be. You were created by Love, from Love for Love, and Love and Light are synonymous; they cannot be separated. When you began your journey into this world you did so in a Holy Relationship with God. Your original intention and purpose was to express your Self as you are, a Being of Light and Love – an extension of your Creator.

As has been repeated numerous times throughout this blog, when God created you, you were created as Part of God, or if you prefer, as a Thought of God. You are an Idea in God’s Mind and ideas never leave their source. Therefore you are held forever and eternally in the Peace and Safety of God’s Mind. To believe you could ever be alone and separate is the illusion.

“Listen to the story of the prodigal son, and learn what God’s treasure is and yours…”   …ACIM

The prodigal son was a son of a certain rich man who was given his inheritance while his father still lived. Thinking he knew everything, he took his inheritance and left home. He wanted to be on his own and do as he desired with his own inheritance. It wasn’t long before his lavish lifestyle caused him to squander all of it and he found himself broke, alone, scared and homeless.

Jesus says to listen to this story and learn what God’s treasure is and yours. It’s a parable that tells the story of our own journey into darkness that has been long and cruel, and which we have gone deep into. We have done the same thing as the prodigal son. We have taken our Inheritance, given to us at our creation, and in our own ego minds created the belief that we have accomplished the impossible. We believe we have separated ourselves from our Creator and left our Home.

And now, like the prodigal son who became afraid of his father because he thought he had hurt him, we are afraid of our Creator for the same reason. We believe we have squandered our Inheritance and because of this false belief we are filled with guilt and afraid of our Creator, which is Love. We are all terribly afraid of Love whether we admit it, or not.

The prodigal son had exhausted all avenues and was as deep into the darkness of hell as he could go. There was nowhere to turn, nor anyone to turn to, for help except his father. The only option left to him was to return home. And so he began his return with eyes cast down in shame and guilt trudging along the dusty path barely able to move one worn-out sandal ahead of the other. He looked a pitiful sight in his tattered clothes and unkempt appearance.

After a long and depressed journey he recognized his boyhood home on the horizon. He stopped and fell trembling to his knees as he saw the kingly and stately figure of his father coming to meet him. A sight which caused his fear to increase even more. For in his delusional and fear-filled mind he envisioned suffering the wrath of his father, whom, he believed, was angry and would be looking to impose vengeance upon him for what he had done.

But instead his father took him by the hand and raised him to his feet. And then with arms trembling with happiness, joy and Love he embraced him tightly. His happiness was beyond words because his son – his real treasure – had returned home. He then ordered that his son be cleaned up and dressed in the finest he had. He also ordered a banquet to be held to celebrate the return of his blessed son.

“You are a unique expression of the selfsame love that exists in all creation.”   …ACOL

As a unique expression of Creation’s Love you are God’s Treasure and God is yours. How you express yourself in this physical dimension depends upon your relationship with your Treasure, the Selfsame Love that is none other than your true Self.

“Expressions of love are as innumerable as the stars in the universe, as bountiful as beauty, as many-faceted as the gems of the earth.”  …ACOL

The author, Paul Ferrini, once said, “You see what you choose to see, because all perception is a choice…” When you look around your world what do you see? What does your perception show you? For as sure as you’re reading these words what you see is your state of mind reflected back at you.

Do you see  expressions of love and beauty or do you see expressions of fear and ugliness? It may not seem as if you have a choice, but that is all part of the illusion. Without exception, everything in this world is a choice. As Mr. Ferrini pointed out, what you see is what you choose to see.

“You see the flesh or recognize the Spirit.”   …ACIM

In the same paragraph of The Course as the above quote is found Jesus also says, “There is no choice in vision but this one. What you decide in this determines all you see and think is real and hold as true”. If your choice is to see the flesh believing that’s all there is, then you will not see the  Expressions of love even though they are as innumerable as the stars in the universe. For in this choice the world of sickness, suffering and death has been revealed to you as your treasure.

On the other hand, if it’s your choice to recognize the Spirit then the Universe of Love will open in all its beauty, glory and Life to your loving eyes. You will recognize God in everything you see. Health, happiness, joy and Life will be revealed to you as the Treasure you have been seeking since time began.

I’m going to close this post with another quote from A Course in Miracles: “What God has willed for you is yours. He has given His Will to His treasure, whose treasure it is. Your heart lies where your treasure is, as His does. You who are beloved of God are wholly blessed…”

THANK YOU FOR VISITING THIS SITE – I AM TRULY GRATEFUL